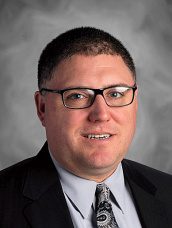 Mr. Brenneman has served as Principal of Montgomery C. Smith Elementary School since 2009. Previously, he served as Associate Principal of the Junior High for two years. Before coming to the Hudson City School District, Principal Brenneman worked at New Covenant Charter School as Special Education Director and Associate Principal, each for two years. He previously taught as a Special Education Teacher at New Covenant and as a Head Teacher at the Neil Hellman School in Albany. Mr. Brenneman was named Capital Region Administrator of the Year by the Empire State Supervisors and Administrators Association in the 2012-2013 school year. He did his graduate work at the University at Albany in Education Administration and earned his M.S.Ed. in Special Education from the College of Saint Rose. He has a B.S. in Human Development from Pennsylvania State University. Read more in his Alumni Spotlight published in February 2020. 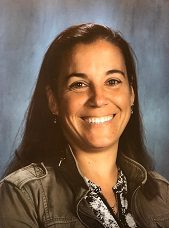 Dr. Trini Hernandez is an Associate Principal at Montgomery C. Smith Elementary School since September 2021. Previously, she served as an assistant principal in Watervliet and Amsterdam, and the Director of the Regional Bilingual Education Resource Network for Questar III BOCES. She also has experience in the classroom as a Spanish teacher at the secondary level. Dr. Hernandez earned a Master of Arts in Spanish Linguistics from SUNY Albany. She also has a Master of Science in Education, Administration & Educational Leadership as well as a School Building and District Leader Certificate of Advanced Study from the College of Saint Rose. She received a Doctor of Education (Ed.D.) in Educational Leadership from Sage. Her doctoral work explored the influence of minority educational leaders and their ability to serve as positive role models for minority students in their districts. Outside of school, Dr. Hernandez enjoys spending time with family and friends. She enjoys many outdoor activities such as hiking, kayaking, gardening and stargazing.