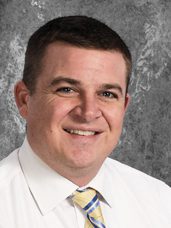 Principal Reardon began working for the Hudson City School District in September of 1999 as a High School Physical Education Teacher. He coached several sports during his time in this role. In December of 2006, he was hired as Hudson Senior High School’s Associate Principal. He was hired as Principal of the Junior High in 2009. Principal Reardon holds a Bachelor’s degree and certification in Physical Education K-12 from SUNY Brockport, and a Master’s degree in Education Administration from SUNY Albany. He has loved his time in Hudson and has found it to be both challenging and rewarding. In his free time, he enjoys spending time with his family and his two boys Brady and Griffin. When he gets a chance, he also likes getting out on the golf course. 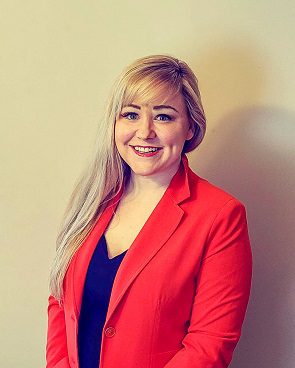 Annie Coager graduated from Hudson High School in 2004 and returned in 2022 as the Associate Principal. She has been an educator for more than a decade, most recently teaching high school English in the Poughkeepsie City School District. Mrs. Coager completed multiple school leadership internships, one of which was under former HHS principal Dr. Antonio Abitabile, before graduating from Stony Brook University’s Educational Leadership program.

Mrs. Coager attended The College of Saint Rose for her undergraduate studies and received a bachelor’s degree in Literature. She also holds a Master of Arts in Teaching from Bard College and completed an advanced study in Special Education. The focus of her educational leadership graduate studies included equity in education, restorative practices, and cultural responsiveness. She earned her School Building and School District Leadership Certifications in 2021. She lives locally with her husband and two sons. She is an avid reader and enjoys running.