Following guidance from state and federal health officials, “Shrek the Musical” was postponed and unfortunately will not be rescheduled due to scheduling conflicts. 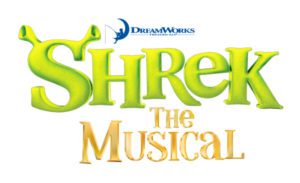 Tickets are $10 for adults and $5 for students/senior citizens (or free with the HCSD Courtesy Card for Senior Citizens—call the District Office at 518-828-4360 ext. 2101 for information). Tickets are on sale now and can be purchased from cast members or in the Jr./Sr. High School main offices during school hours (215 Harry Howard Ave, Hudson). Tickets will also be available at the door before each show time.

An unlikely hero, Shrek (sophomore Simon Rowe) finds himself on a life-changing journey alongside the wisecracking Donkey (junior Pierre Rice) and three feisty princesses who know “I Know It’s Today” that they will be rescued. Featuring familiar songs and a side splitting script, “Shrek The Musical” brings the beloved characters from the film to life on their way to discovering the big, bright and beautiful world at the end of this storybook journey.

At the helm of this production are Betsy and Lucy Rees, who are now in their third season as the directors of the venerable Hudson Jr/Sr. High School Drama Club. The cast of 20 includes several talented actors. The directors said the cast of junior and senior high school students will put their unique spin on this fractured fairytale. The musical follows the same storyline as the 2001 DreamWorks film but adds music and dance to the already humorous story. The production will be “silly and funny, but at the heart of the show is finding the hero in us all.”