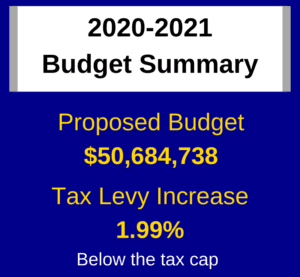 The proposal maintains the current level of programming and services for students, which means they would have access to everything that was offered in 2019-20.

The Hudson City School District proposes a $50,684,738 spending plan for the 2020-21 school year. It would maintain current staffing and school programming.

“This budget is designed to support the instructional strides Hudson has made over the past several years,” said Dr. Maria Lagana Suttmeier, Superintendent of Schools. “It would provide the funding necessary for needed improvements going forward while staying below the tax cap.”

The budget-to-budget increase is 1.79% (or $892,275). The increase is largely due to rising costs of health insurance and other contractual obligations. The budget proposal requires no cuts to faculty or staff. However, to help save costs several positions have been reduced through retirements or attrition (see below). The budget proposal does not include the replacement of two teacher retirements and one mid-year special education teacher resignation. Additionally, eight other positions that were approved and budgeted will not be filled. These decisions were made to reduce program costs by $726,882. 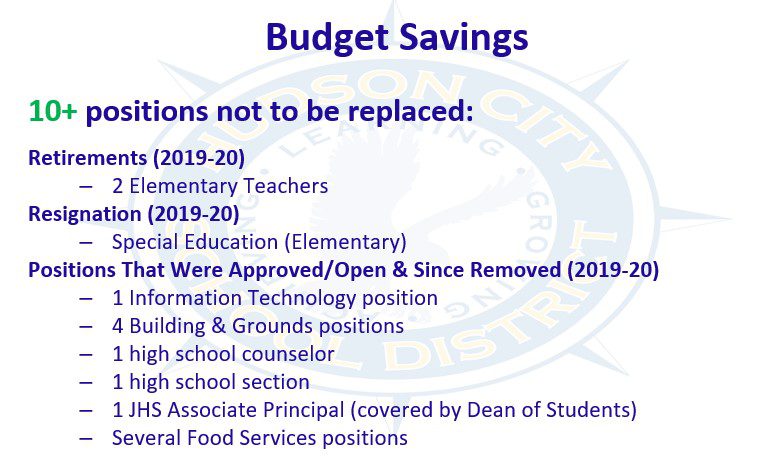 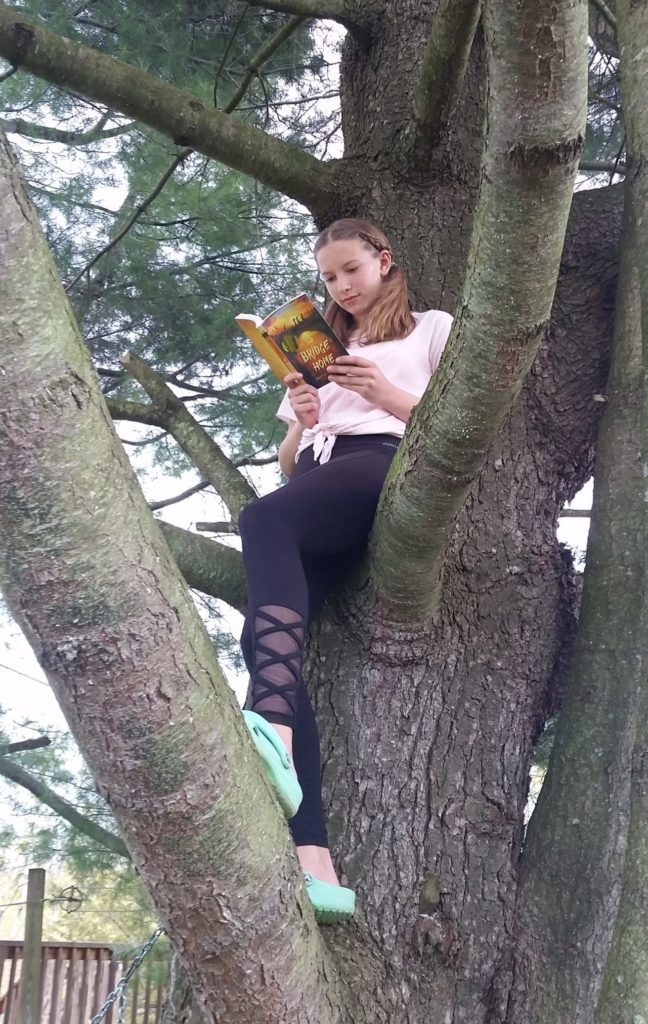 This May, HJHS participated in a virtual One School/One Book project. Students and staff read the same book at home and engaged with each other in Google Classroom. There are many programs supporting children’s literacy and a love for reading in our schools and at home. Another example is the “read aloud” videos made by MCSES associate principal Amanda Klopott for students to enjoy while learning at home. Examples of in-school literacy programs include Read-a-thon, Hudson Reads mentoring program, and school visits by Hudson Children’s Book Festival authors and illustrators.

The budget would maintain career-focused programs such as AVID (Advancement Via Individual Determination) and the Career Development and Occupational Studies (CDOS) credential for diplomas.

“Our focus is making strategic, sustainable investments that are academically sound as well as sensitive to the social-emotional needs of our students,“ said Dr. Suttmeier.

Staff would have access to more professional development to support our school community. In addition to subject areas, topics include building relationships and supporting students impacted by trauma. It would also strengthen efforts to support the social-emotional and mental health needs that students may have when they return to school.

A challenge of this budget development is the uncertainty of state education aid for the 2020-21 school year. The proposed spending plan was developed based on state education aid figures released in April, however Governor Cuomo announced on several occasions there may be additional reductions in state aid revenue for public schools.

This proposal was developed to account for a $618,797 reduction in state aid due to the new “pandemic adjustment.” This loss will be offset by federal funds from the Coronavirus Aid, Relief, and Economic Security (CARES) Act, however this money is not guaranteed. If state or federal aid revenue is further reduced, the District will likely face larger class sizes and a reduction in non-mandated programs.

On the ballot, voters will decide on the proposed budget, a capital reserve and elect two (2) candidates to the Board of Education. 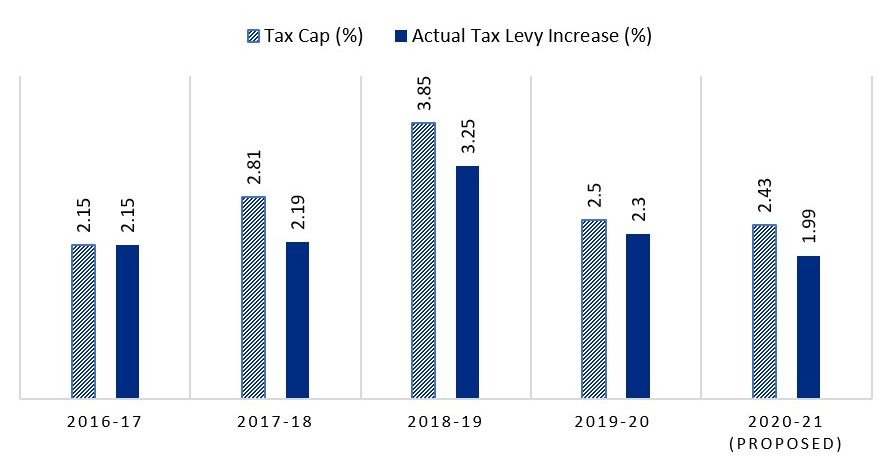 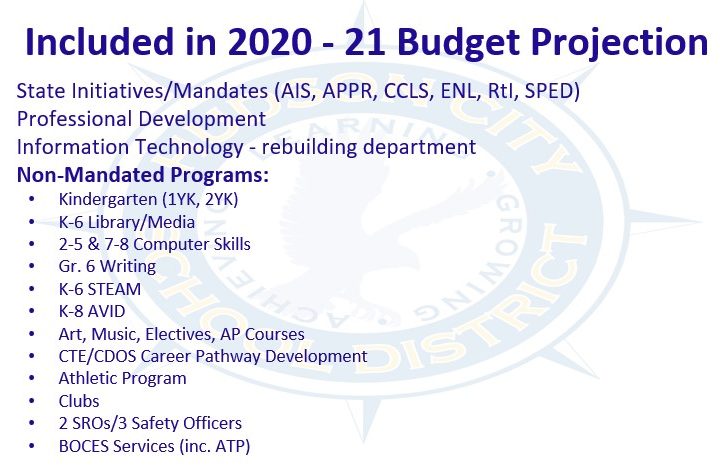 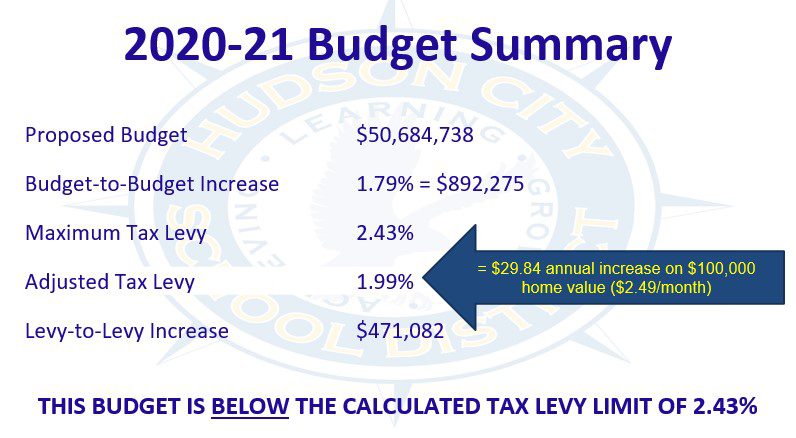