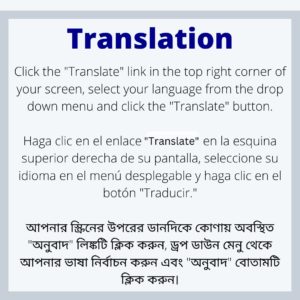 Dozens of nominations were sent in of students, staff and community members, respectively, who elevate and proudly represent the culture and values that are cherished and implemented here in Hudson. It is a testament of the positive character and devotion of time, effort and love that these nominated individuals possess that landed their names on nomination forms.

At the Nov. 29 Hudson City School District Board of Education Meeting, Superintendent Dr. Lisamarie Spindler publicly announced the next three recipients of the “Hudson Has Heart” awards, and also honored a fourth individual for their contributions to the district.

Starting with the student category, Keith Robinson has been said by those who nominated him to have great pride in embodying school spirit and supporting his peers.

“Keith recently utilized his enthusiasm to recruit a group of boys to volunteer as Powder Puff cheerleaders! Although the group was a bit reluctant at first, Keith informed them all how important it is to support the girls & have pride in their school. He showed up early to practice with cheers ready & was genuinely excited to be there” Spindler said.

In the staff category, Joanne Allie was defined as “an excellent advocate for students and is always communicating with parents any needs or information that should be shared.” Allie has been easily accessible across all three building levels and is willing to help however he can with any issue that may arise, even by interacting with student workers in a positive manner.

“It has been said by multiple staff members that the ASP program would not be what it is without Joanne,” Spindler said.

The community member who was recognized was Jenessa Moore.

“Jenessa has been known to provide delicious, comforting food for those in need or going through troubling times. Jenessa has lived in Hudson all of their life and has continued to feed everyone. You will see her feeding the homeless at the 7th Street Park and if she has extra clothing, Jenessa will give it to you,” Spindler said.

Additionally, the district recognized an honorary recipient of the “Hudson Has Heart” award. Assemblyperson Didi Barrett was selected by Spindler for her contributions this summer to maintain the afterschool and summer learning programs.

“After reaching out immediately to see how she could assist with funding our Afterschool and Summer Learning Program, Didi Barrett worked extensively at the state level to secure a $75,000 grant that has been applied towards transportation, the retention of student workers and supporting independent contractors,” Spindler said.

As the district congratulates its second wave of recipients, it would like to remind the community that this is indeed a monthly award and to keep submitting nominations for December’s recipients. Voting will close on Dec. 23 at 3 p.m. and the winners will be announced at the Dec. 27 school board meeting. 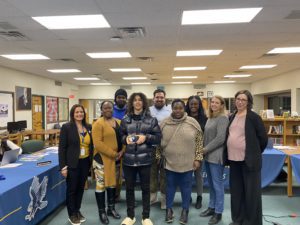