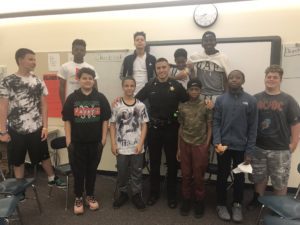 Mentoring programs at the Hudson City School District are aiming to change student attitudes toward school and inspire student interest in education and attending school regularly.

One such mentoring program is the “Sohotra Squad” at Hudson Junior High School. The group is led by one of the School Resource Officers, Deputy Zach Sohotra from the Columbia County Sheriff’s Office. They meet regularly, at least twice a week during study halls or lunches, to discuss behavioral goals and challenges.

“The primary goal of this program is to largely impact the students’ investments into their own educational experience,” explains Deputy Sohotra. “While improved academic performance could be a positive outcome, we’re more focused on improving their attitudes toward school, perceptions of law enforcement and rule following, their behavioral decisions and metacognition around those decisions, and presence within classes and school.”

The Sohotra Squad runs community circles to discuss their goals and challenges as a group. 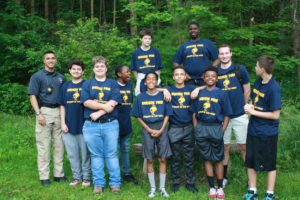 The Sohotra Squad enjoyed outdoor activities over the summer.

The structure of the Sohotra Squad is based on restorative practices, which means the mentors proactively build relationships and a sense of community to prevent conflict and negative behavior. The goals of this community building include conflict resolution, decision making, problem solving, information sharing and relationship development.

Alwyn Lewis, a student in the Sohotra Squad, said he loves the mentoring group because it helps him set goals to be better and they revisit those goals with him every week so he stays on track. Student David Hinkein said the best thing about the Sohotra Squad is that he feels like he always has someone to go to who will listen.

“Overall, I wanted to help kids identify ways that they could better themselves so that they are more self-sustainable throughout the remainder of their school experience, into their teenage years and then adulthood,” said Deputy Sohotra. 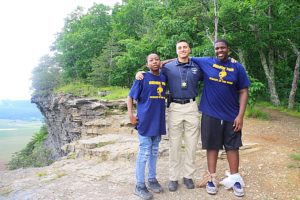 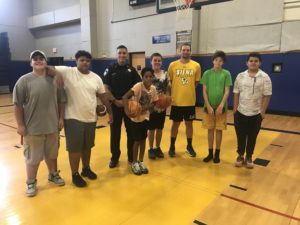 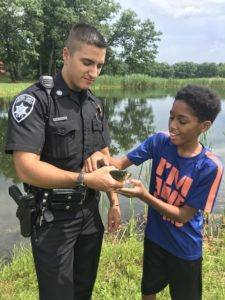 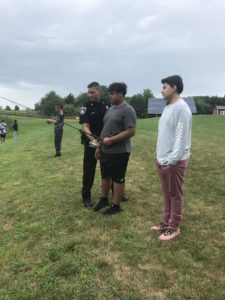 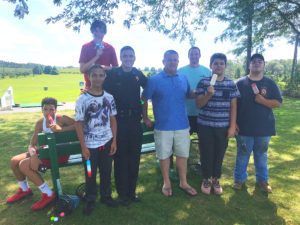 Here are some facts about mentoring from Attendance Works: