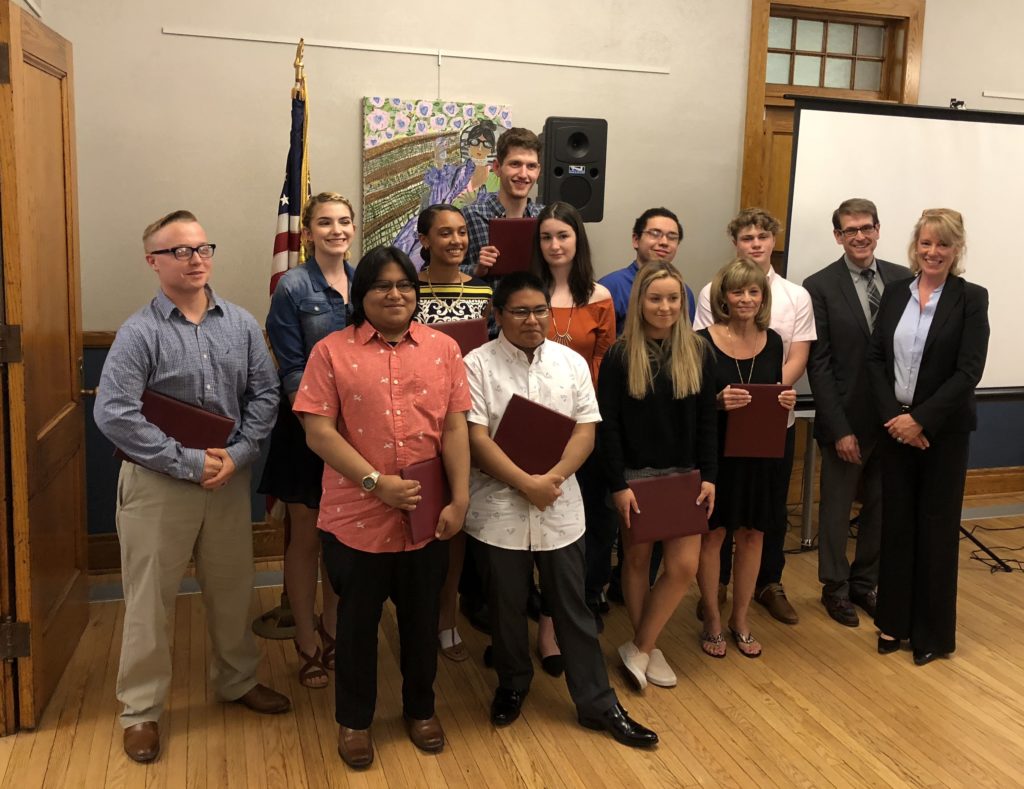 Six Hudson seniors, along with a few others from neighboring districts, were recently recognized for their scholastic achievements in the Bard Early College Hudson program.

In addition to the seniors, seven juniors from school districts in and around Hudson participated in Bard Early College Hudson this year. Next year, participation will grow to 23 students, including 16 Hudson students and seven others who will participate through Questar III BOCES.

The early college program, which began in 2016 and is located at a special satellite campus on Warren Street, is made possible through a partnership of Bard College, the Hudson City School District, Questar III and the Galvan Foundation.